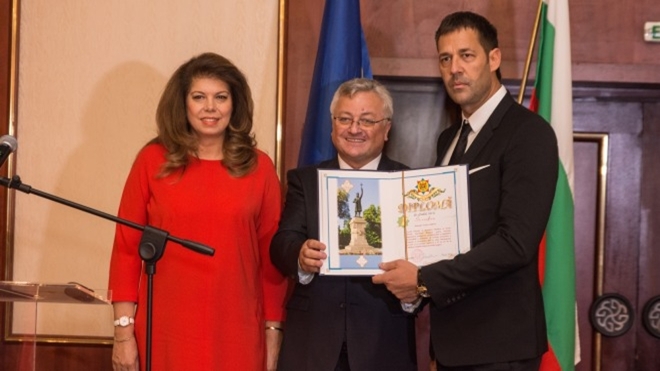 His Excellency Mr. Stefan Gorda welcomed the guests for 26 years of independence of the Republic of Moldova for another year. The exquisite event took place in the Marinela Hotel in Sofia on 20 September. Here the Moldovan ambassador in Bulgaria and his wife Lydia Gorda welcomed guests to a festive cocktail. Among the officials were Vice President Iliana Yotova, the Honorary Consul of Moldova Eng. Veselin Chipev, representatives of almost all diplomatic missions in Bulgaria and the business circles, popular persons from Bulgaria and Moldova.

Eng. Chipev received a Diploma First Degree, which was awarded by Prime Minister Pavel Filip. The recognition is of particular merit - the enormous support given by the Honorary Consul following the natural disasters that occurred in Moldova this April, as well as his strenuous work to strengthen the diplomatic, friendly and business relations between the two countries. The award was given on the occasion of 25 years since the establishment of diplomatic relations between Bulgaria and Moldova. 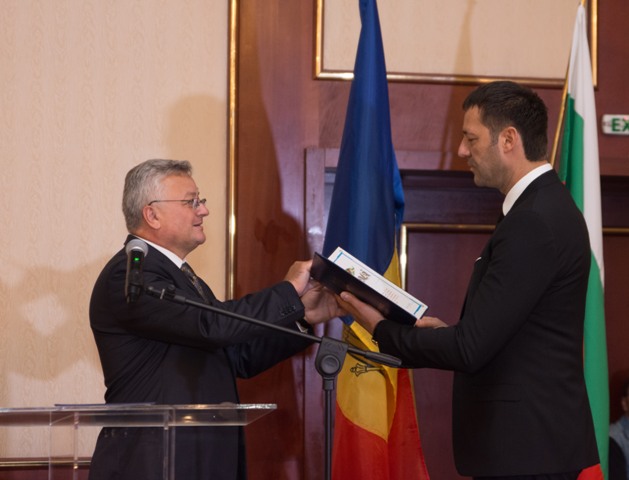 Engineer Veselin Chipev, who is also chairman of the Bulgarian-Moldovan Chamber of Commerce and Industry, is known for his tireless efforts to provide scholarships from the University of Plovdiv for Bessarabian Bulgarians, who have shown excellent score. The initiative is supported by the municipality of Plovdiv. He also takes care of providing opportunities for young professionals in their own and other Bulgarian companies.

Just a month ago, Eng. Veselin Chipev was honored by the European Higher School of Economics and Management in Plovdiv with the honorary title "Doctor Honoris Causa “. 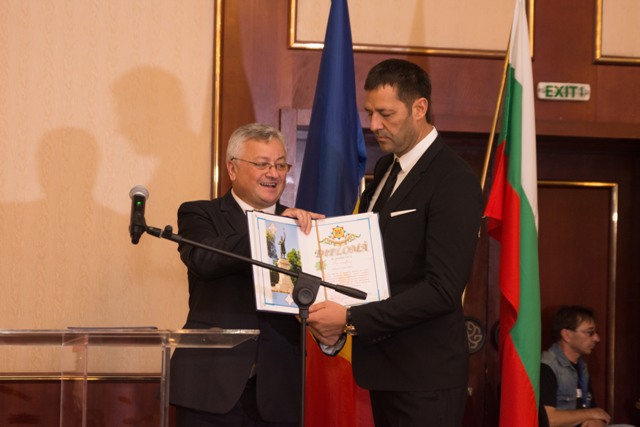