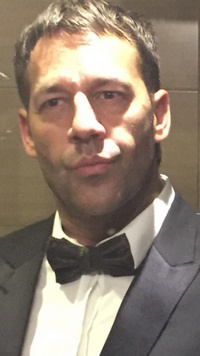 Honorary Consul of the Republic of Moldova in Bulgaria Eng. VESSELIN STOYCHEV CHIPEV

Eng. Veselin Chipev supports and participates in numerous initiatives and celebrations of important dates, significant holidays and cultural and educational events in Bulgaria and Moldova. As an entrepreneur acting on the territory of Bulgaria and Moldova, he supports many events related to the strengthening of friendly relations between the two countries, especially in culture. For him it has always been important to promote the development of cultural relationships, these efforts have allowed for appearances of many collectives and cultural and educational institutions.

A large Bulgarian community lives in Moldova, where Eng. Veselin Chipev is an honored guest and is now part of its cultural and spiritual life. His support there is aimed at Bulgarians living there, for them not to forget their native language, culture and traditions.

At the same time in the growing Moldovan community in Plovdiv and Bulgaria, his involvement as Honorary Consul of the Republic of Moldova in Plovdiv is noticeable among both Moldovan citizens living and working in Plovdiv and among learning Moldovan students at the Universities of Plovdiv. 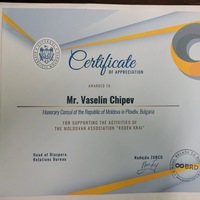 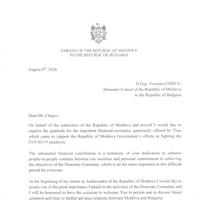 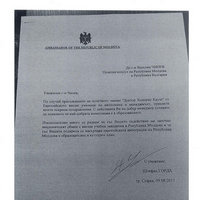 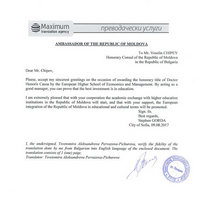 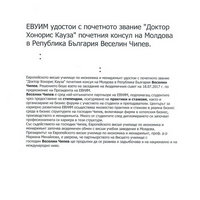 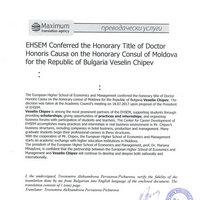 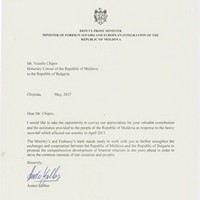 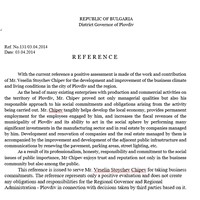 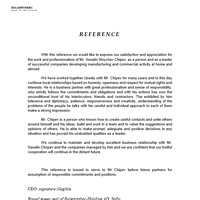 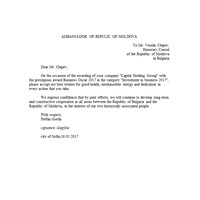