A runoff voting to elect a president was held in Moldova on Sunday. The Socialist Party ‘s leader Igor Dodon won 52.18%, while his opponent Maya Sandu took 47.83%. The Honorary Consul of Moldova in Plovdiv Eng. Veselin Chipev commented in front of Plovdivmedia.

Mr. Chipev, how the election of Igor Dodon for President is accepted in Moldova?

I think this choice will bring a profitable change to Moldova. Such are the expectations of Moldovans. It is wrong to believe that the new head of state is Putin's man, that he will break the ties with the European Union and that he will be fully tied to Moscow. Why do I think his election will bring a profitable change for the country? The answer is given by himself when, after the runoff voting, he declared: "The president must not be neither Pro-European nor Pro-Russian, but only Promoldian." This position is the best for both the state and the people. At a press conference, the president said that all relations with the European Union would remain in place, and that all decisions with Moldova's foreign partners would also be implemented in the future. 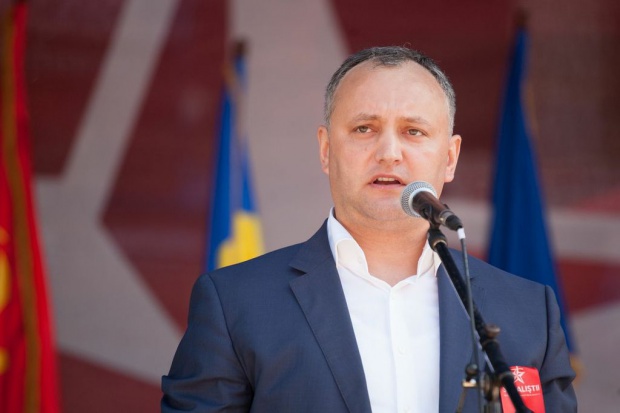 But he is the leader of the Socialist Party, does not that mean that he will be the president of only one part of the people, the right-minded will not accept him?

Absolutely not. On Wednesday, the new president announced he was planning to leave the Socialist Party. He filed a request for denial of membership. "The president has to represent all citizens on the left and right and those who voted for my political opponents," he said, what president he will be. The Socialist Party is still opposed to the current parliamentary majority. However, early parliamentary elections are expected to take place.

How this change in Moldova, for which you said was profitable, will affect Bulgarian-Moldovan relations?

Bulgaria is a part of the European family. And the new president says he does not think he revises his ties with the European Union. Moreover, many Bulgarians live in Moldova. There are whole Bulgarian villages. Their children study in Bulgarian schools. They are like a bridge between the two countries. Moldova's gateway for business, culture and tourism to Bulgaria is open. I would say - wide open.

How exactly can these relationships develop in your opinion?

With a mutual business, for example. I am also a businessman. I am a Plovdiv citizen. I know that Bulgarian businessmen want to make a guaranteed and promising business. I personally know many of them. Therefore, as an Honorary Consul of Moldova, I established a Bulgarian-Moldovan Chamber of Commerce and Industry. For the sole purpose - Bulgarian and Moldovan businessmen to earn. How will this happen, I plan to personally reveal to them on a deliberate meeting that I plan to organize in the Honorary Consulate of Moldova in Plovdiv. I will not speak to them as a diplomat, but as one of them - as a person who invests. I will tell them specifically where it is worth investing in Moldova, with which Moldovan counterparties to contact to make sure they will earn. We are currently preparing the invitations we will send for this meeting. To be sure, the establishment of a Bulgarian-Moldovan Chamber of Commerce and Industry is not just reporting activity. I'm not a man of empty action, I know how to invest in finance. In this joint venture, we will make sure that the profitable change in Moldova will also benefit Bulgarian businessmen. Moldova is really a good destination for investment. They can trust me, organize visits to Moldova to see with their eyes that they will succeed.