The exposition will remain in the lobby of Mall Markovo Tepe until May, 24th. 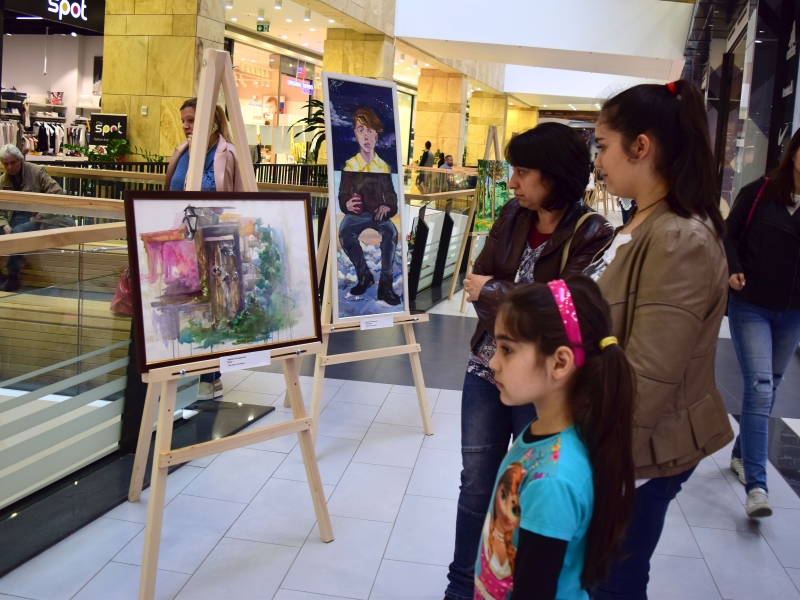 Five additional scholarships for the next school year were provided for the Children of Nota Bene society at the launch of the charity exhibition "A Premonition of Flight", organized in partnership with Mall Markov Tepe. Eleven artists and six photographers exhibited their works in an artistic, inspiring and positive exposition on the second floor of the mall. Participants in the cause "Another Scholarship" are the artists Bogdan Varbanov, Galina Zheleva, Georgi Sussurkov, Gergana Karisheva, Delyan Georgiev, Emil Nadzhekeliev, Emilian Valchev, Maria Dzhumerova, Nadezhda Kantardzhieva, Hristina Angelova, Elitsa Angelova, Bogdan Varbanov and the photographers Alexandra Karadzhova, Dana Tsvetkova, Maksim Todorov, Pavel Pavlov, Petar Staykov and Ralitsa Kostadinova.

The exhibition was opened by the mayor of Plovdiv Eng. Ivan Totev, who is also the first donor to the Nota Bene Society scholarship program.

"I thank the people who have come up with the idea of the scholarship program. With great pleasure and without a bit of doubt I became the first donor. This is a wonderful initiative that enables us to do the most human thing - to be solidary and to support talented children. I'm sure that the Nota Bene society will grow in the coming years. Next year, I hope to surpass a hundred. Let it become a pride for every successful Plovdiv citizen to support our talents.“ 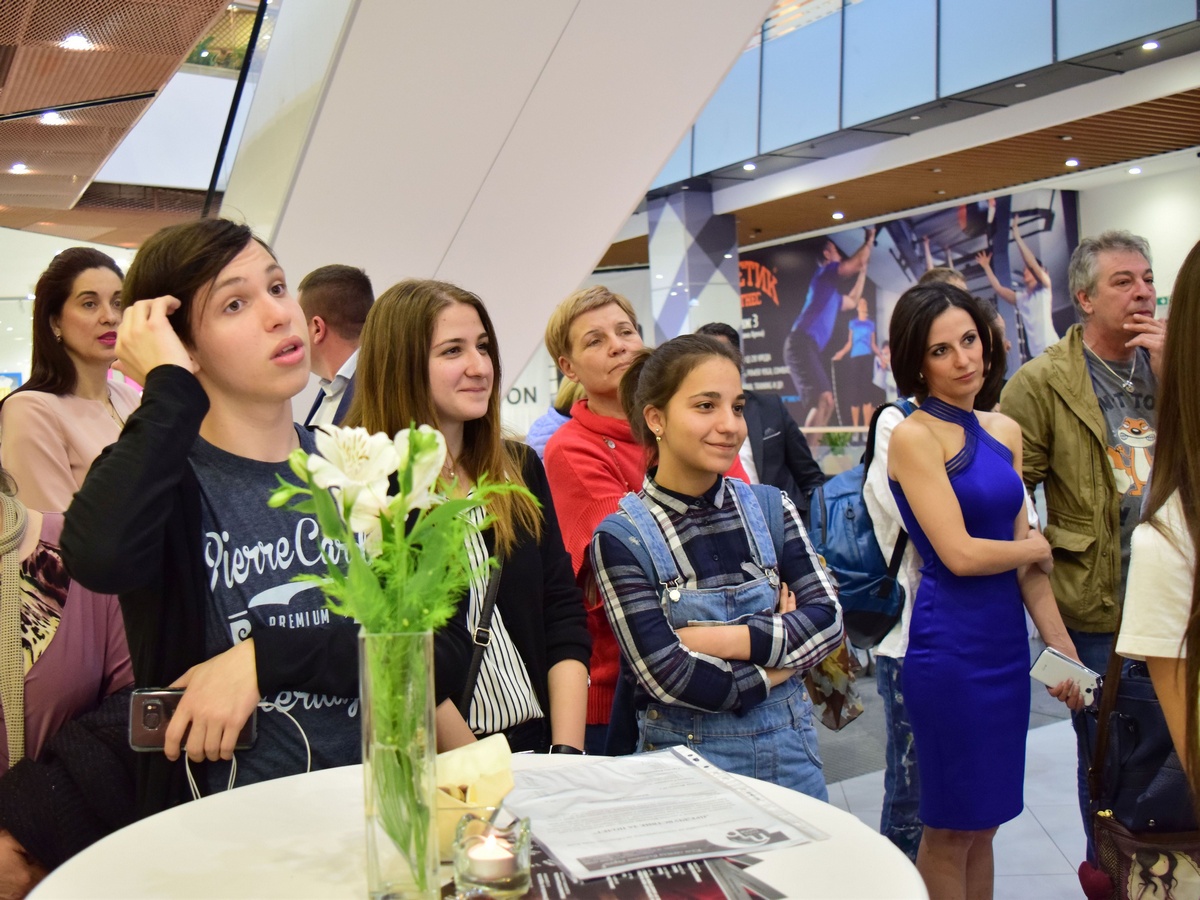 I also thank Mall Markovo Tepe that they joined the noble cause," said the mayor of Plovdiv, then examined the exposition, from which he chose a photograph of the photographer Petar Staykov.

During the exhibition, Eng. Totev met his Nota Bene scholar – the chess player Victoria Radeva. He congratulated her on the new victories and assured her that he has followed with interest and pride her successful path.

The initiative was given by the Deputy Mayor of Culture Amelia Gesheva - hours before becoming Deputy Minister of Culture. "The donation campaign shows what it means to be together in Plovdiv - successful people to support talented young people who have to succeed. For me this initiative is a hope that Plovdiv is and will be the most inspiring city. Dear young people, I am very proud of you, "said Mrs. Gesheva. 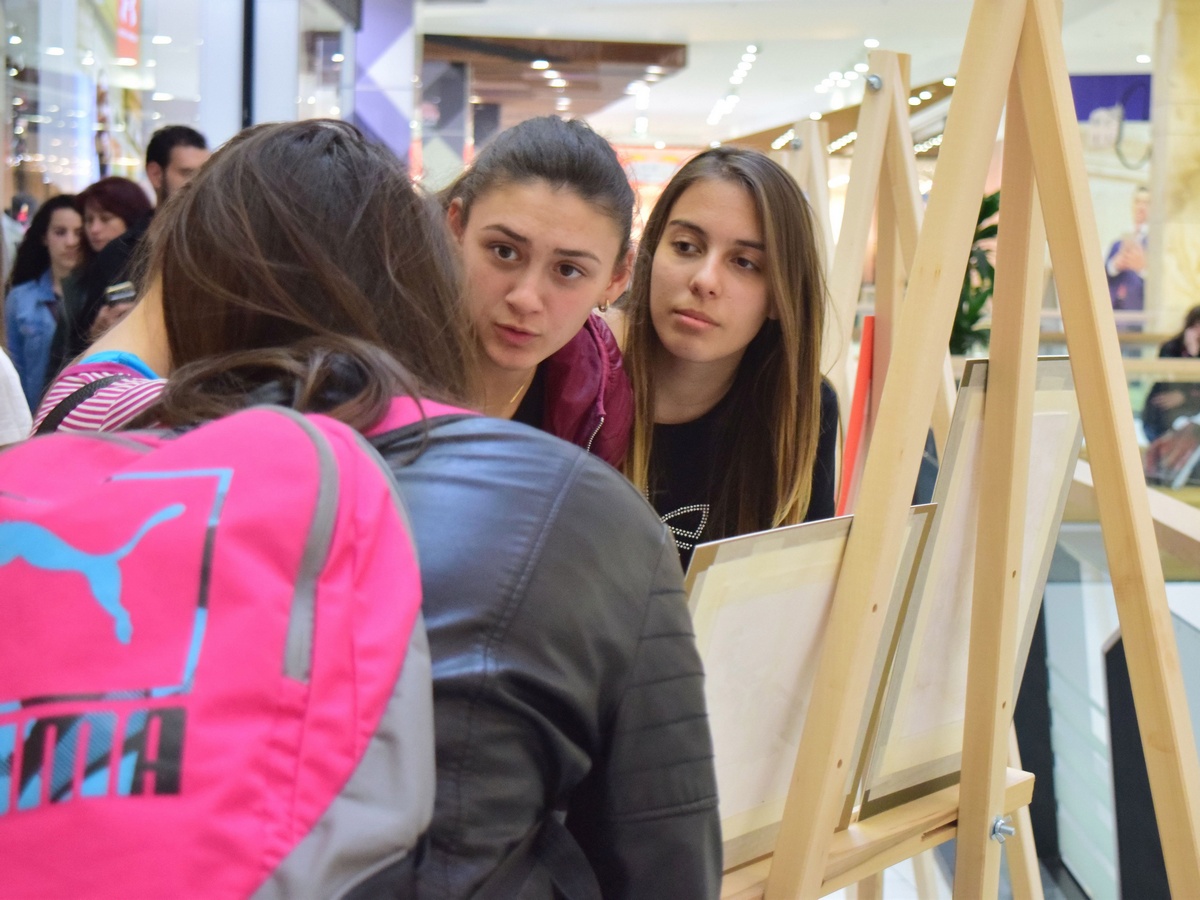 Guests of the exhibition were many of Nota Bene's donors. Paintings and photographs were bought by Alexander Apostolov, Georgi Kolev, Desislava Zapryanova, Stoyan Todorov, Dani Kanazireva, Slavena Ruseva, Malek Nasser, Tsveti Filipova and others. The most expensive painting - a mock-up of cathedral by Galina Zheleva, became the property of the Honorary Consul of the Republic of Moldova Eng. Veselin Chipev. The management of Mall Markovo Tepe also bought a picture of Emilian Valchev.

The Secretary of the Regional Council of the Bulgarian Red Cross Tanya Georgieva honored the work of the volunteers during the fundraising campaign during the Easter holidays in Plovdiv. BGN 27,000 were collected, with which treatment of two sick children began. As a sign of sympathy, BRC donated 2,000 to Nota Bene's scholarship program. The total amount collected on the first day of the exhibition is BGN 5,000.

The exhibition runs until May 24th and anyone who wants to join the Children of Nota Bene's "Another Scholarship" can do so by buying a picture or photograph. The exposition is located on the second floor of Mall Markovo Tepe.

The Nota Bene Scholarship program started in 2016 and is the largest donation program in Plovdiv. 83 young people from the 8th to the 12th grade, graduates of the Plovdiv schools, each month receive 100 leva to develop their talent.