The most successful in recent years resident of Plovdiv eng. Veselin Chipev, even in absentia, was the star of the ceremony so-called Business Oscars 2017 held entirely in Hollywood style on Thursday evening at the iconic Hotel Ramada Plovdiv Trimontium. Because of commitments abroad, he could not personally receive the award for largest investors in Bulgaria, awarded to the Capital Holding Group Joint-stock company with special investment purpose, run by him. 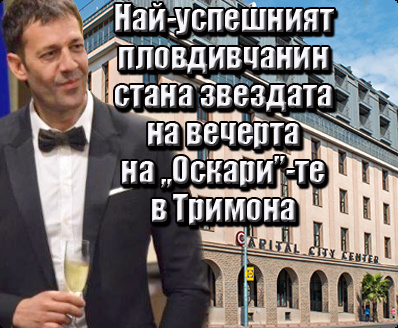 For the first time the ceremony has been held outside Sofia. This year's host is the Plovdiv Municipality, was specifically noted by master of ceremonies Patricia Kirilova, dressed in an elegant red dress with bare back, decked out with sparkling jewels.

The glamorous event was attended by representatives of business elite of Plovdiv and Bulgaria, as well as mayors of municipalities.

On behalf of Eng. Veselin Chipev, the statuette was received by a collaborator in the holding, Kristina Ivanova. 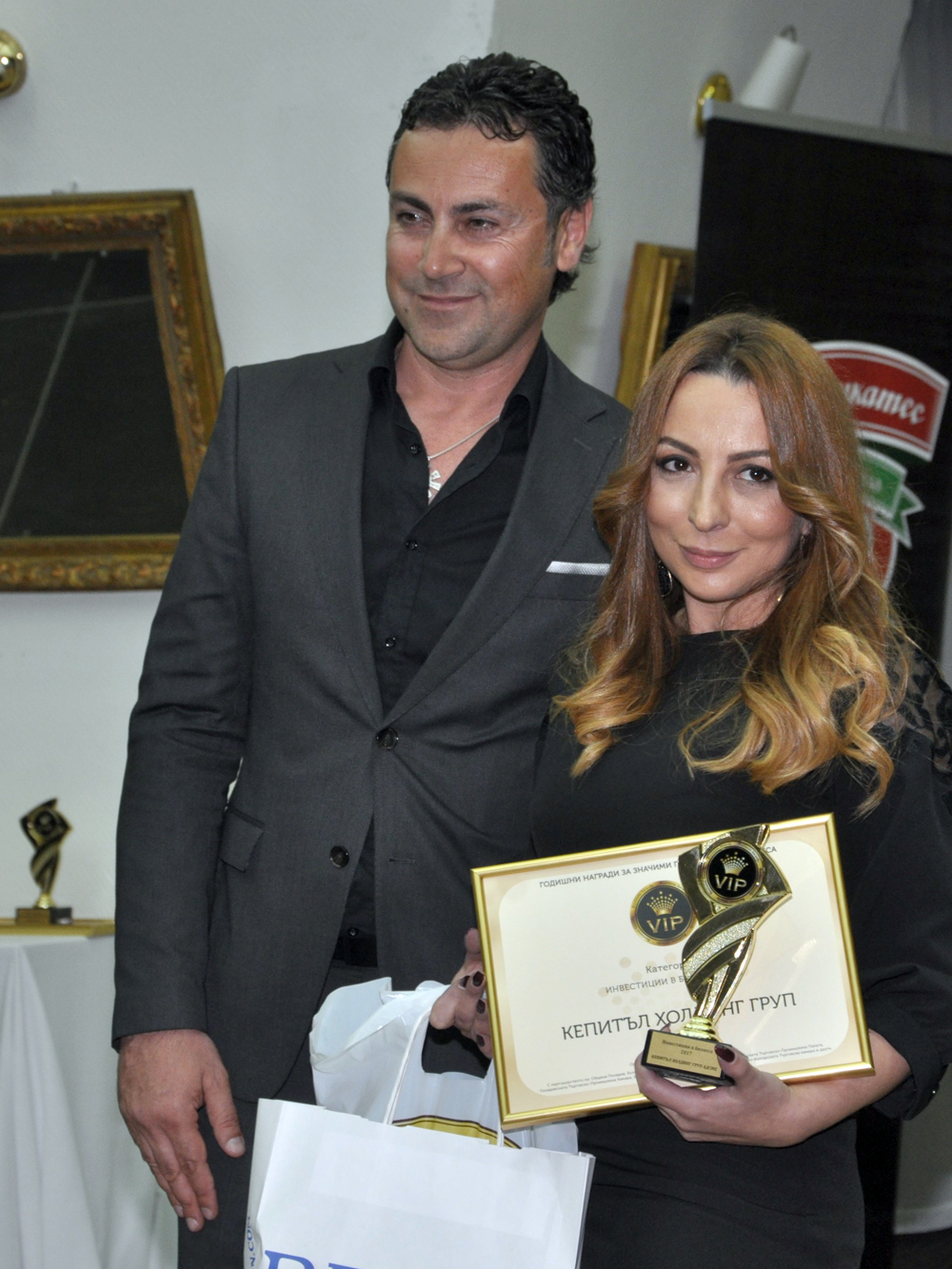 Capital City Center 2 is the next investment of eng. Chipev that provides office space of the highest class to world companies. The building offers 10,000 sq. m of office space Class A, type "open space", combined with 1000 sq. m free coffee and restaurant area on the ground floor.

Pulse Fitness & Spa Plovdiv is the first and unique fitness club in Plovdiv. Its total area is 4,000 square meters, and club members can benefit from power, cardio, spinning, stretching area, nutritional office, electro fitness, protein and fresh bar and rooms for group activities. Last but not least is the huge SPA-center, where there is a unique 12-person jacuzzi, marble steam room, Himalayan salt sauna and whatnot.

"It's a pity that Veselin Chipev did not come. He is impressive – a high roller. And handsome! "- said aloud a young businesswoman, brightly dressed according to requirements of the ceremony. "I was in Chipev's spa hotel. Perfect. I went almost limping from pain, but left feeling 10 years younger! ", explained a businessman on another table. "I really want to get an office in the Capital City Center. American type. And it is full of young people", - said another of the ladies in the hall.

"Because of investors like Veselin Chipev people say that Plovdiv has become unrecognizable, already surpassing Sofia" - stated an elderly gentleman, owner of a shipping company.

The president of the Plovdiv Chamber of Commerce Dobrinka Prodanova awarded the "Oscar" in the category "Large municipalities with a special contribution in support of business" to the deputy mayor to Plovdiv Stefan Stoyanov. "Over the last 15 years only in Trakia economic zone was invested at the stage of construction over 1.2 billion euros. 120 companies started their operations here, providing 20,000 jobs," said the deputy mayor. He recalled that in his first mandate, the mayor Ivan Totev set as a priority to support business development in the city. "Every month a new plant here is opened. For the first time, unemployment in the city has fallen below 3%," he also noted.

Mayor of Mirkovo Tsvetanka Yotina received a statuette in the category of small municipalities supporting business. "There is no large and small, there are those who can and who cannot. If each municipality does its job, Bulgaria will look differently. Let us stop complaining. We should all make an effort to solve our own problems. Everyone must do what they can," said the mayor of the municipality, declared the fastest growing in Bulgaria in which there is 11,000 BGN investment." per capita - said the happy mayor.

Plamen Penchev, on behalf of "Trakia-economic zone" as its co-founder received "Oscar" for the innovative approach of the business in the relationship with the education.

The former boss of the budget committee in parliament and candidate for popular representative from CEDB (Citizens for European Development of Bulgaria) Menda Stoyanova presented the award in the category "Prosperous business and economic growth" to KCM 2000 Group. "Plovdiv is already the industrial zone of Bulgaria and the Balkans. I am happy that I am with you, those who have contributed to this," she said before he handed the statuette to CEO of the company Rumen Tsonev. „ For us in KCM 2000 Group, knowledge is of great importance. We employ 200 highly educated engineers and technologists. "He said. 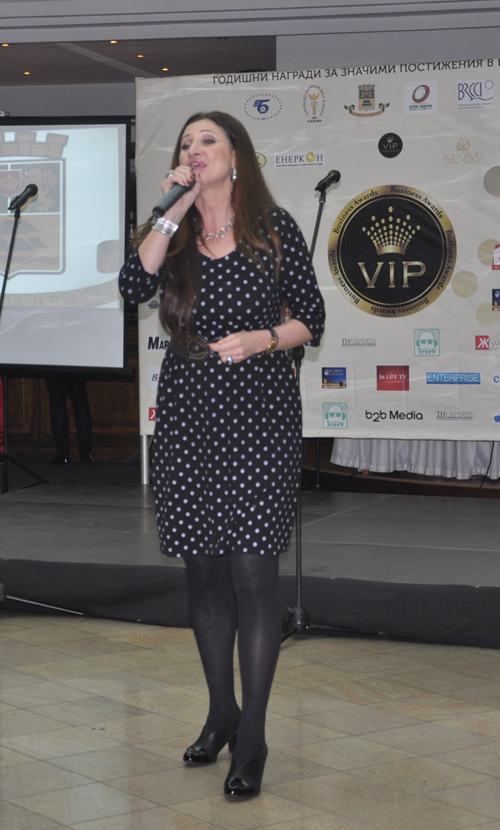 Polly Paskova, her duet mate Zdravko Mandadzhiev, Nacho Pascal, who gained popularity as a singer alongside the show "You sing or lie" and the dancers of "Antik" took care that the mood did not darken for a second.

Finally, as appropriate, in the spirit of the Oscars, all winners took photos as mementos. 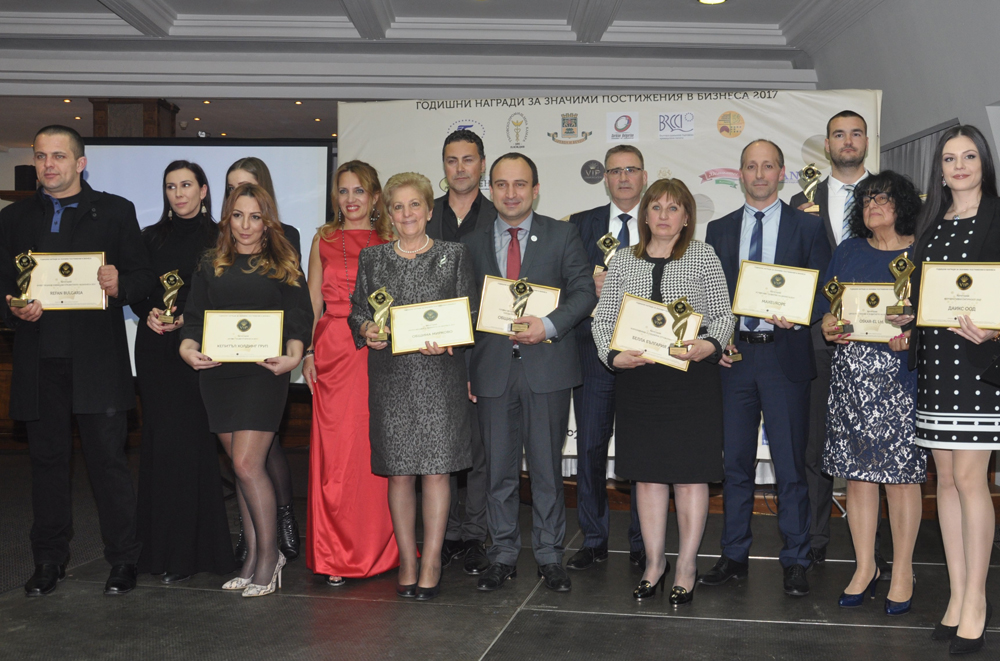