The Roman Stadium Shaken by a Drone Film Show; A Honorary Consul Is Mistaken with a Hollywood Star

The Roman stadium was shaken by an unprecedented drone film show on Friday night. The first for Bulgaria and the second in the world after the New York drone film festival, DroneUp International Film Festival started there. It was organized by an international team of Bulgarians in Denmark, French and Poles. It is conducted under the aegis of the Plovdiv Municipality and with the partnership of the Honorary Consulate of Moldova in Plovdiv and the International Fair in the city of seven hills.

A 5-member international jury, led by the cult director Zlatin Radev, has selected 36 films by drone artists and producers from 32 countries. They will be presented during the two days of the festival in six thematic categories: Nature; Cities; Extreme, Wild, Culture and Sports; Traveling; Short story and story; including a category that is specialized for Bulgaria and Bulgarian dronists. The best ones will get the Drone-Oscars.

"The goal of DroneUp is to be a different event. We want to show the audience how our world we claim to know well and how our everyday life acquire a totally different beauty and dynamics when we look at them from a bird's eye view. We are proud to be able to do exactly that in our splendid Plovdiv, "said Petyo Petkov the DroneUp International Film Festival ‘s manager, who was born in Plovdiv and has been living in Denmark for 20 years.

As the organizers promised, before the start of the drone-film screenings, the attending approximately 3,000 Plovdiv citizens saw a show resembling the opening of the Games in Rio, but on a smaller scale. An amazing composition for folk dances impressed the audience. The dancers were not in costumes but dressed in their weekly clothes. Among them there were both very young and older. But all of them played so hearty that they increased the adrenaline of some of the spectators and they took part in the horo. There followed drone demonstrations, music with the Plovdiv DJ Skill and the world beatbox battle champion Skiller as well as other live performances.

According to the program the official start of the fest had to be given by the mayor of Plovdiv eng. Ivan Totev. However, he did not manage to return to Plovdiv from Tutrakan and ‘the strip was cut off’ by the Deputy Mayor Amelia Gesheva. She has special merit for the festival to be held. 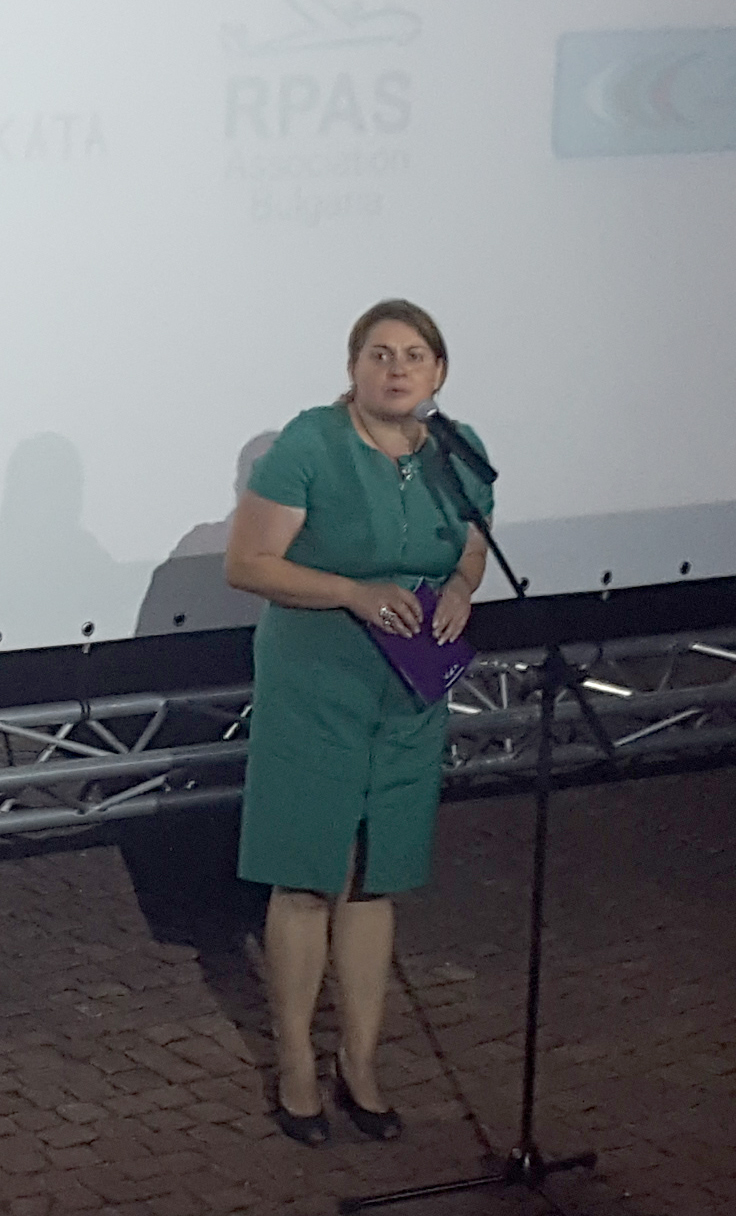 “We are going to the drone fest! “. This was the most heard phrase yesterday evening at the main pedestrian street, in response to the question, "Where are we going?”

“Super! "," Bravo! ","Perfect "," Great! ", so reacted the spectators who filled the Roman stadium, as well as those who surrounded it tightly from the upper side.

“Here, this means the European Capital of Culture, to see a world. And not to put various boxes, trunks and other funny constructions in the streets, claiming to be a great art, „commented an elderly Plovdiv citizen who presented himself as an „old opera artist “.

"I understand that such a festival is not held anywhere else. They have chosen to be exactly in Plovdiv. Congratulations. International culture is a must of our city. We may become a drone film capital, why not! ", a teacher from the English High School thinks.

"Oh, that must be a Hollywood star. He reminds me of someone from a hit movie, but I cannot remember the name. He is great, bravo, they have brought him to Plovdiv! ", a young man said to his girlfriend pointing to the first row. There not a Hollywood actor was sitting, but the super elegant Honorary Consul of Moldova in Plovdiv Veselin Chipev. 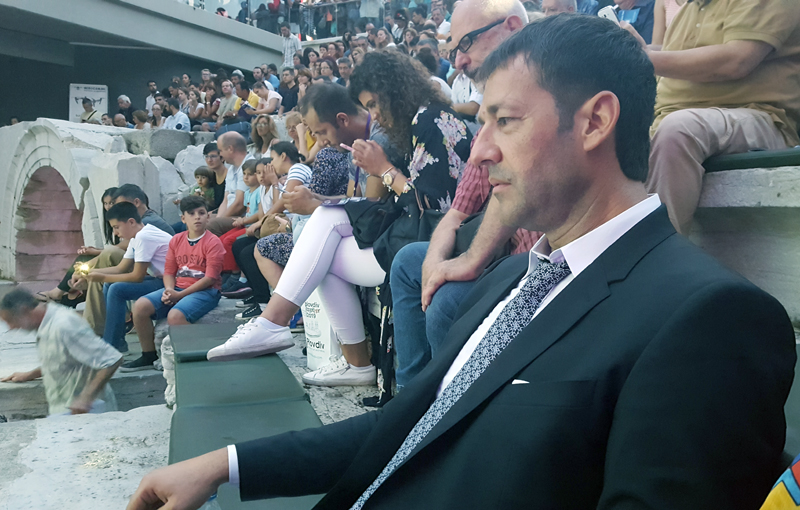 "My admiration for the DroneUp International Film Festival. I am glad that it is held exactly in Plovdiv. It brings international reputation for the city. It is an honor for us as an Honorary Consulate of Moldova to be among the partners of the festival. It is important for us Moldova to become involved with the celebrations that Plovdiv is a European Capital of Culture 2019. I think how to get involved. Why not, for example to organize a World Wine Festival in Plovdiv! Moldova is renowned throughout the world for its unique wine cellars. I remember the famous Moldovan 120-kilometer underground wine cellar in the city of Krikova. A movie about it can be seen here. It is the second largest in the world. Famous people store their wine collections on that place. The rent is 1 euro per bottle per year. Some leave 2-3 thousand bottles. It is a pity that there cannot be made a movie with a drone to see what beauty it is,” commented the Honorary Consul of Moldova.