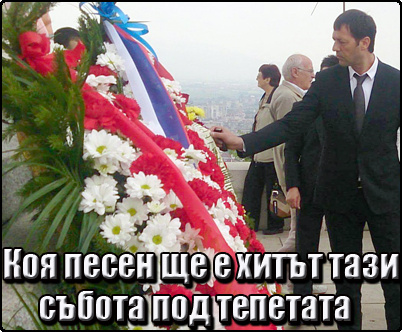 „Там смуглянка-молдованка собирает виноград” is supposed to be the top song in the city of seven hills this Saturday on the occasion of the national holiday of Moldova, after Plovdiv has been for many years a twin city of its capital Kishinev. The famous hit „Смуглянка” about the love between a Moldavian girl and a soldier in Bulgaria is the informal anthem of the state celebrating its Independence Day on August 27, where over 65,000 Bulgarians live.

"Today's biggest national holiday has one main, unifying slogan: "An unified and independent Moldova ". It sets the country's path to the European Union. And Bulgaria was one of the first EU Member State to ratify the Agreement for Association of Moldova with the Pan-European Family," said Eng. Veselin Chipev the Honorary Consul of Moldova in Plovdiv in front of Plovdivmedia.

And he added: "The Bulgarian community in Moldova is the natural connection between the two countries. And the Moldovan government creates the conditions to preserve the language and national identity of the Bulgarian minority. In 29 schools, lectures are in Bulgarian."

250,000 Moldovans visited Bulgaria last year, according to official data. "I want Plovdiv to become their destination. I am a Plovdiv citizen, I was a little child at that time, but I have heard from the elderly people that groups from all over Moldova arrived here with Balkanurist buses all year round. I will make all possible the Moldovans go again to the city of seven hills. I am convinced they will be delighted," said the Honorary Consul.

"Tourism is a great way to explore the two nations. Moldova is an incredibly beautiful country. They fall in love in it at first glance. I am convinced that the Bulgarians, who once visit it, will then want to come back again there. Especially by seeing the Moldovan wineries famous all over the world. Among them is the ‘Милешть Мичь’ wine cellar recorded in Guinness. Its underground corridors are 200 kilometers long, deep between 35 and 80 meters. The second largest wine cellar in the world, Krikova, is also Moldavian. Its underground corridors are 120 km. They call it an underground town with streets named after wine grape varieties.", gives an example Eng. Chipev.

He is the executive director of Black Sea Investment REIT, the owner of the Capital City Center, as well as the Mega Park Business Center near Kolodruma. The hotel ‘Royal Spa Velingrad’ is in his assets. He also develops a serious business in Dubai.

“I have some serious ideas on how to strengthen ties between Moldova and Bulgaria “, announced the Honorary Consul.

He is certain that he will make a ‘cultural path’ between Bulgaria and Moldova. Last week in Plovdiv was held the DroneUp International Film Festival which is the first for Bulgaria and the second in the world after the one in New York Drone film festival, and organized by an international team with Bulgarians from Denmark, French and Poles. Its main partner, together with the municipality of Plovdiv, was the Honorary Consulate of Moldova in Plovdiv. "I am also stick to Moldova to become involved in the cultural events in Plovdiv, which will be the European Capital of Culture 2019. I think how to actively participate in them," explained Eng. Veselin Chipev.

"A new generation with European thinking grows in Moldova today. Just like in Bulgaria. The purpose of the Honorary Consulate in Plovdiv is to become a bridge between the young people of both countries. The beginning can be a youth Moldovan-Bulgarian meeting to be held in Plovdiv. To meet students and pupils, young representatives of science and culture. And to set an example for creativity and for the merriment of their peers in United Europe, " he revealed one of his ideas.